The Blonde Jewish Girl, a play written by Isak Samokovlija, is adapted and directed by Stefan Sablić, and due to its theme is called “Bosnia’s Romeo and Juliet.” It is a tragic love story between a Jewish girl and a Serbian boy and it is presented more like a myth than reality. Music is an important part of the play as Bosnian sevdalinka and Jewish Sephardic melodies are integral part of it. Musicians (Shira u’tfila and Vladimir Savić) are in the middle of the stage resembling a chorus in ancient Greek tragedies. Starring roles: Vanja Ejdus, Srđan Timarov and Tanja Pjevac. 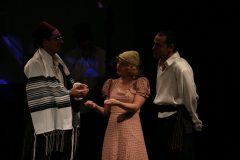 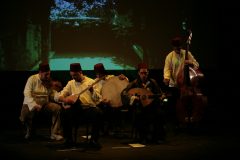 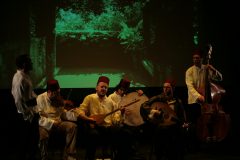 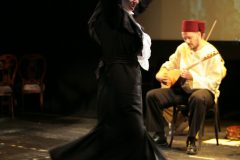